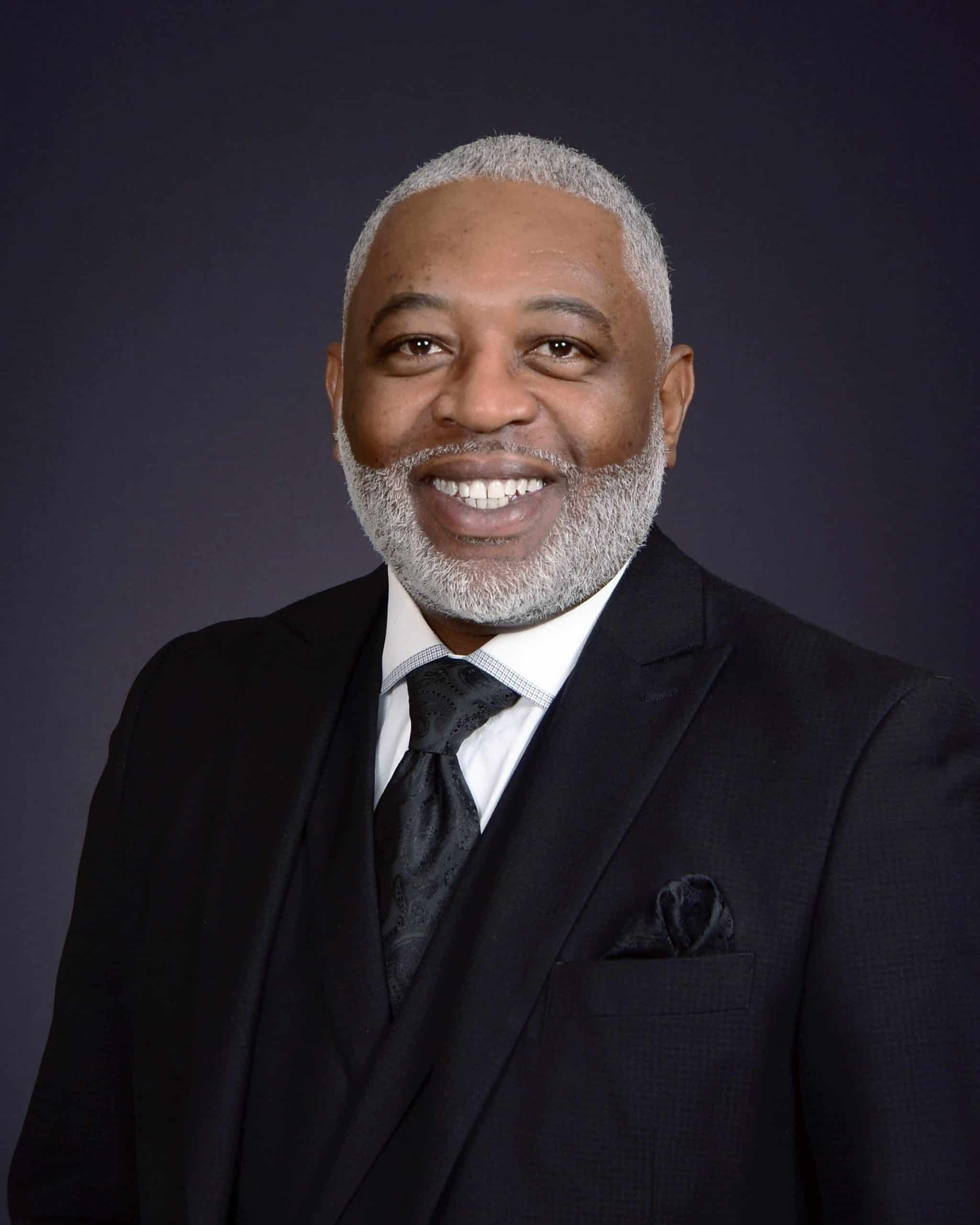 Pastor Kevin Lanier Pullam was born May 3, 1971 to Pastor William L. and Lady Vietta L. Pullam.  He is married to the fabulous and spirit filled La’Tonya Denise Lillard Pullam.  They were blessed with the stewardship of 4 sons (Kory, Kamaron, Kristian, Kaleb) and 1 daughter (Kevelyn).  In addition to his spiritual gifting and leadership, Pastor Kevin Pullam is a Class A barber lisenced in both Texas and Wisconsin and a veteran of the United States Air Force.  In his ongoing formal studies he has received Associates of Arts in Biblical Studies, Liberal Arts, Sociology and Psychology.  He received a Certificate in Ministry from Howard Payne University and a BA in Psychology from Texas A & M Corpus Christi.  He is near completion of a Master of Science in Counseling (Clinical and Mental Health) and is now enrolled in the Master’s of Divinity program at Southwestern Theological Seminary.

Pastor Pullam served as Senior Pastor of the Friendship Baptist Church in Corpus Christi Texas for 11  years where he considered it an honorable and humbling opportunity.  Pastor Pullam cherishes his every moment at his first assignment recognizing that God had placed Him on the pastoral potter’s wheel to begin developing in him a skillset that has proven to be invaluable in his successive years of pastoral ministry.

On June 19, 2011 Pastor Pullam began his endeavors as Senior Pastor of the Emmanuel Baptist Church in Beloit Wisconsin.  He continued to take the call of God seriously and stood with great spiritual authority as he was endowed by the Holy Spirit to preach and teach the holy scriptures.  In that vineyard, he stretched himself and the Emmanuel family to be equipped for ministry in “such a time as this.”  The advancements and improvements he presented are literally too many to mention here.  In 6 short years they were able to accomplish some advances that will benefit the cause of kingdom work in and around Emmanuel for many years to come. Pastor Pullam says he shall never discount or forget the valuable lessons learned at EBC.  He says, “while at FBC God increased my skill, but at EBC God increased my character.”  There seems to be no doubt in his mind that the first 17 years of pastoral ministry were working together for what would be a true move of God toward his ministerial destiny.

On October 1, 2017, the Lord navigated a strenuous and prayerful search for our next pastor to manifest in the coming together of Pleasant Mt. Gilead Missionary Baptist Church and Pastor Kevin Lanier Pullam.  Only those who are aware of the extensive history of the PMG and Pullam families would be able to articulate how greately the hand of God has been working for nearly five decades to ultimately bring this Pastor and People union together.  Pastor Pullam has seemed to be a natural fit for the PMG family and appears to be the man God will use to lead our congregation into it’s next era.  Pastor Pullam leads with compassion, excitement, sincerity, realness, approachability and a spiritual depth that has been encouraging to our multigenerational congregation.  We are looking foward to what the Lord will do as He divinely guides our leader and laity.

Pastor Pullam exclaims that he is simply a humble servant who holds to the promise of Ecclesiastes 7:8, which decleares, “The end of a matter is better than its beginning, and patience is better than pride.” From this bible promise Pastor Kevin L. Pullam says his mantra for faith, family, and future is that “WHAT’S TO COME IS BETTER THAN WHAT’S BEEN!!!”