The origin of Pleasant Mount Gilead Missionary Baptist Church is a tale of two churches. Rev. W. M. Bowden purchased the property on which the present sanctuary stands around 1916 and founded Mount Pleasant Baptist Church. In the mid 1920’s, Rev. J. T. Atkinson founded New Mount Gilead in the house that now stands at 5312 Kilpatrick. When Rev. Quarles retired from Mount Pleasant in 1928, Rev. Atkinson was called with his membership to pastor the new combined flock. Mr. H. J. Atkinson, son of the pastor, self-described then as “a smart little preacher’s kid”, suggested that the name of the consolidated churches be – Pleasant Mount Gilead Missionary Baptist Church, and so it remains.

After a year, Rev. Atkinson was acceded by Rev. J. W. Scott. Rev. Scott remodeled the sanctuary, organized the first choir, and raised the membership as high as 300. Between 1928-1931, the church still uneasy about the merger and undergoing the stresses of rapid growth and disagreed over which national convention to join. Many members opposed to Rev. Scott’s leaving and those who supported him also left. The first group of members organized in the 5200 block of Kilpatrick, becoming Como First Baptist.

The remnant passed under several ministers in the next eight years, including: Rev. J. H. Henderson, Rev. Mitchell, Rev. E. D. Latson, Rev. J. N. Ferguson, Rev. J. H. Green and Rev. J. W. Davis, each of whom helped preserve the church. The fifteen remaining members called Rev. J. L. Lenley in 1939. After accepting, he comes to a people who, in his words, “had grown weary and despondent and were almost ready to say goodbye to the present church site, and to a dilapidated building behind in its payments”. He first sought counsel – then determined in his heart, “by the help of God, I’m going to build a church that the church in turn might build a house”. Largely due to the return of members from the earlier pastorate of Rev. Scott, his determination bore fruit. Around 1950, the present church structure was begun, being completed in 1953. Rev. Lenley’s pastorate ended with his death in January of 1965. His memorial, supplied by God was the burning of the church note within a week of his burial.

By unanimous vote, on January 28, 1965, the torch of the pastorship was passed to Rev. Robert L. Sanders, who was assistant to Rev. Lenley. During the final months of Rev. Lenley’s illness, Rev. Sanders continued to lead the church. Under the inspired leadership of Rev. Sanders, the church was represented in all of the denominational work sponsored by the convention and its boards. The finance of the church has quadrupled. New properties were acquired for the long envisioned improvements of the building and grounds.

The time came during 1978 when all witnessed the addition of 2700 square feet of fellowship and classroom space on the east side of the building which was remodeled. The grounds were beautified and modernized to meet the current needs of its membership. Over the next few years, the sanctuary had a face lift, new pulpit furniture, new pews, stained glass windows, the choir room was expanded, the pastor’s study and church office were remodeled.

The word of God has been the priority of church life at Pleasant Mount Gilead Missionary Baptist Church. In January of 1980, the church held its 13th Annual Training Revival, a unique combination of new leader training and inspirational services. The church members have read their way through the entire Bible and have done so since 1986. One precious hope of Pastor Sanders was that Pleasant Mount Gilead would become an Evangelistic Center where flocks will go everywhere preaching the word.

On March 2, 2008, the church witnessed the ground breaking for a new fellowship hall to be located on the west side of the sanctuary. This building contains seating accommodations for banquets, four classrooms, and a state of the art kitchen. The dedication service was held December 6, 2009, naming the building the R. L. Sanders Fellowship Hall.
On December 18, 2011, our leader of 47 years, Rev. Robert L. Sanders was called from labor to reward. It was his desire and prayer that upon his death, Rev. Larry J. Mouton, Jr. would succeed him. Rev. Mouton had served faithfully as Youth Minister in previous years. It was agreed upon with a unanimous vote by the membership that Rev. Larry J. Mouton, Jr., would serve as pastor of Pleasant Mount Gilead Missionary Baptist Church. Rev. Mouton accepted the call and plans were set in motion for a day of jubilation.

It is here that our journey will continue and the church said “Amen”! 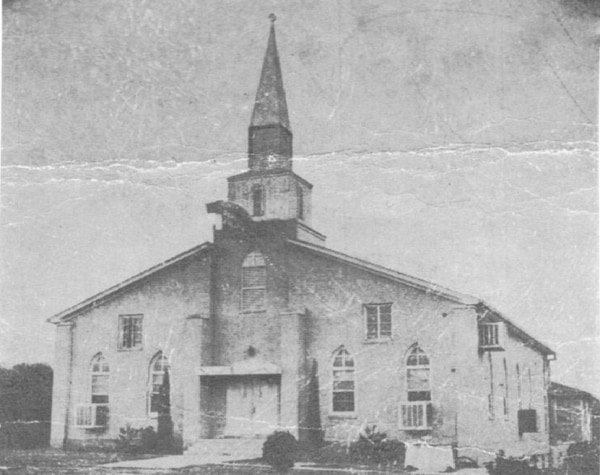 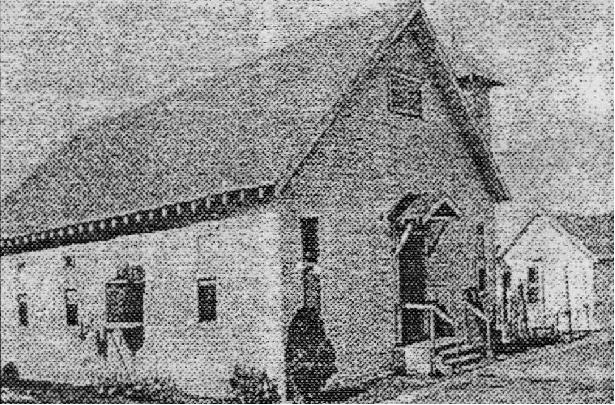